Sometimes, it happens that you just feel in the right place at the right time. We’ve barely built up our tents in the frontyard of a ranch we’ve found along the road when the kind family invited us to the fiesta de San Pedro in Tabacundo. The whole village was on its feet: the man in the clothing of Aruchicos, the women in beautifully woven skirts, and even the children dressed up in traditional midget costumes. The men playing instruments and singing, the women dancing, and, at times, in front of a group passing by, el diablo, cracking the whip. It was only a limited range of songs and melodies, but, in the endless loop, the music captured the bodies and made them the figural and will-less expression of its rhythms. Hovering skirts, swaying hips and stamping feet. You don’t feel lonely in the crowd, what is personality, what is our specific individuality, but you feel closer to the stream of life, just watching, just listening, just moving.
The fiesta lasted for the whole night and the other day.

In the afternoon, together with Carolina, we had the chance to take a ride on some horses of the ranch, for me the first time after about 20 years: it’s not just another means of transport! A horse has his own will and the covered distance is a compromise of your demands and its courtesy.

German, the owner of the Ranch G, a man full of energy and life, last man standing after a long night with Chicha, his own caña liquor, lighted a hellfire to warm us up by the fireside and the night passed rapidly with stories of his hitch-hiker time in Europe. After a hangover breakfast we bid a cordial farewell from this amicable family and hit the road again heading through desert land to Quito. 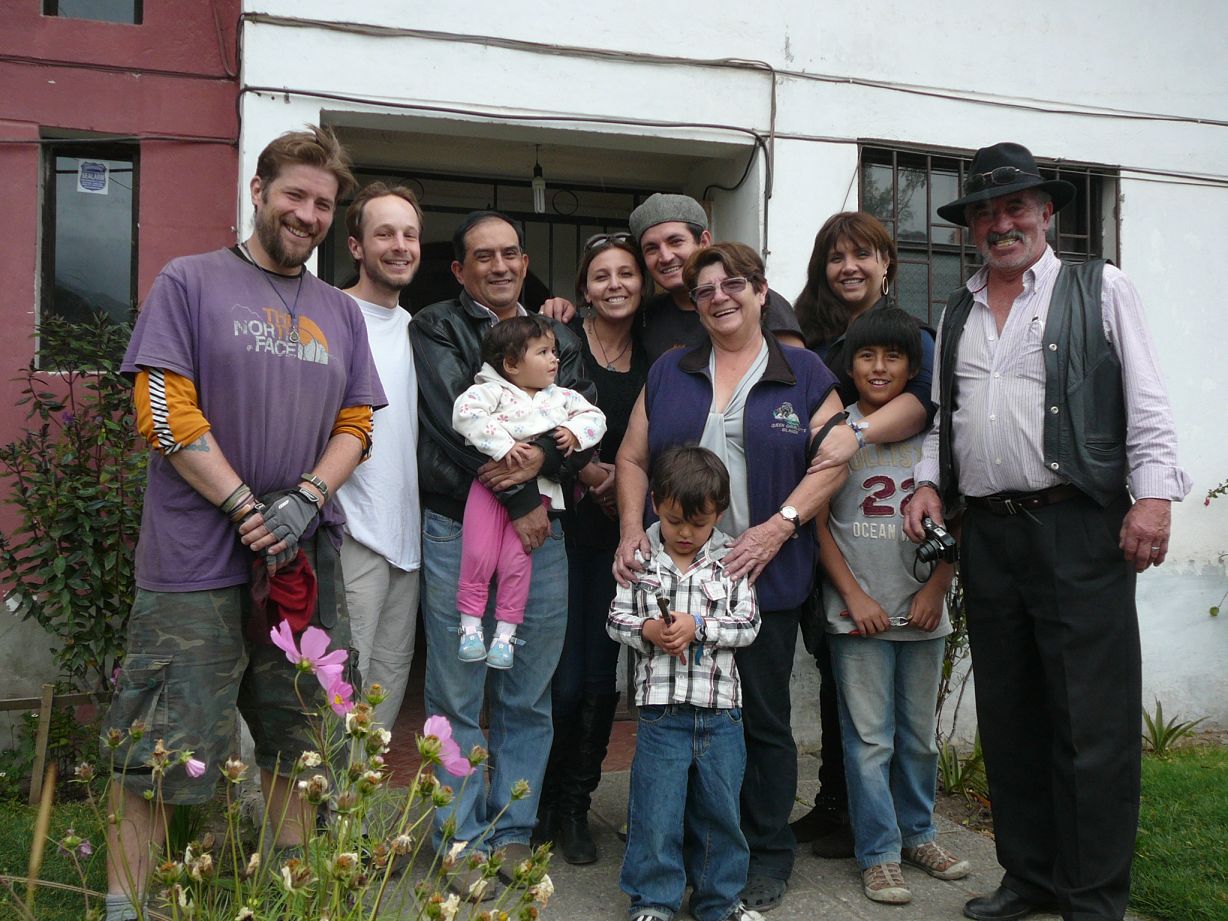