Time to leave. I enjoyed riding the bicycle again, listening to the sharp clicks of its precise gear change, admiring its sophisticatedly straight functionality, e.g. of the automatic alignment of the pedals. Following the coast line, I crossed the suburbs with their huts surrounded by garbage along the street and in the more and more marshy fields until the landscape changed to dusty areas of savanna. The temperature mounted to unbelievable but dry 42ºC. It was a surreal atmosphere with dark clouds and thunder on the right hand side and the blue sky on the coast. For a while, everything was perfect, but then the street turned ever more to the right and into the lightning… Seeking shelter, I could not find a single tree, only a lonely booth selling mango. Crowded together with the friendly lady under the tiny roof, we had a lively conversation on family and our lives during the heavy rain which turned the dry earth around into mud. After the rain, her children coming back from school joined us and by and by the whole family was assembled asking, taking pictures and joking. How grateful I was for this rain! 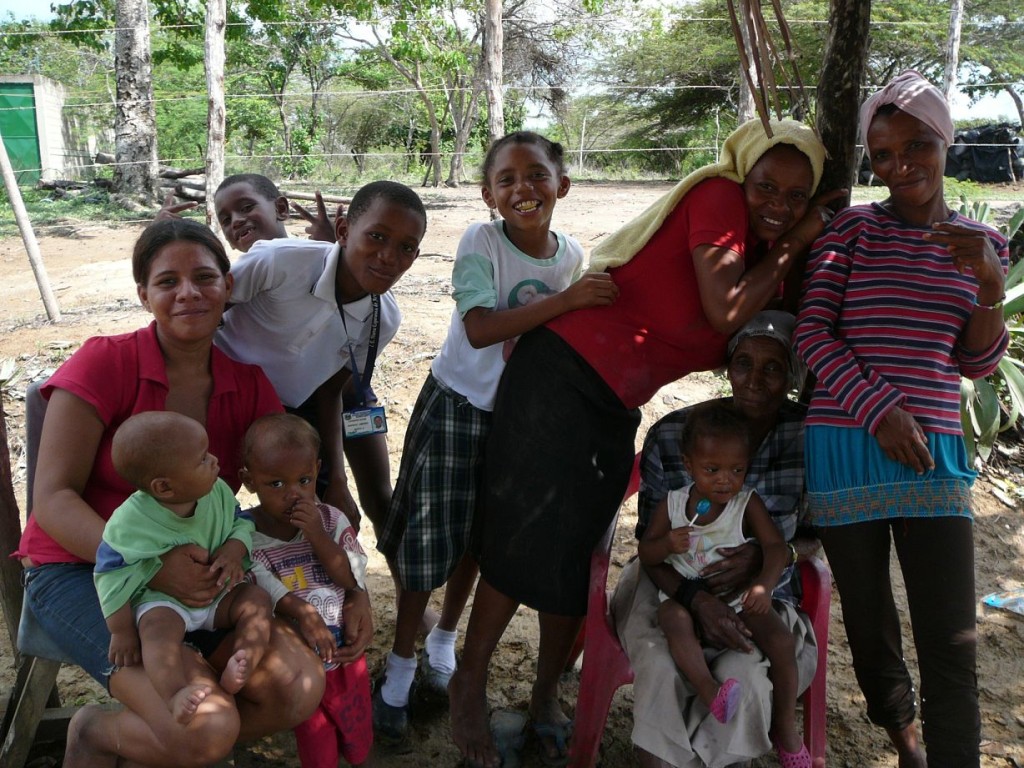 But with the prolonged break I had accumulated a considerable delay and after two more hours of travelling along, it became clear that, once again, darkness would catch me on the way to the next village still about 30km away. In this situation I decided to follow a small route not in the map but with the promising indication playas de Bocatocino. Soonly, the road was blank earth crossed by cattle now and then. Half an hour later, it led to a beach with some lonely houses and wonderful dunes. A perfect occasion to camp out for a first night! After a friendly talk with one older resident, I easily built up the tent and took a bath in the sunset. Shortly later, in the darkness, two policemen were knocking on the entrance alarmed by a neighbour mistaking me for a guerillero. After a detailed control of my luggage, the two young man were only worried about my one safety: together we moved the tent down to one courtyard where I packed it again and passed the night in a hammock under a palm roof with two fishermen.

I woke up at five o´clock with tremors down my backbone and after a nice swim in the calm sea, I left for a bath in the highest mud volcano of Colombia just along the way, Volcán del Totumo. The only problem now was the water supply after this unforeseen night outside: milde 38°C for two hours until I reached rather dehydrated Santa Veronica. At noon, a stiff breeze came up, but alas!, from the wrong direction and slowed me down to 12kph. After a decent struggle, I settled in the coast village Puero Colombia in the afternoon – which should become a stay for three days.