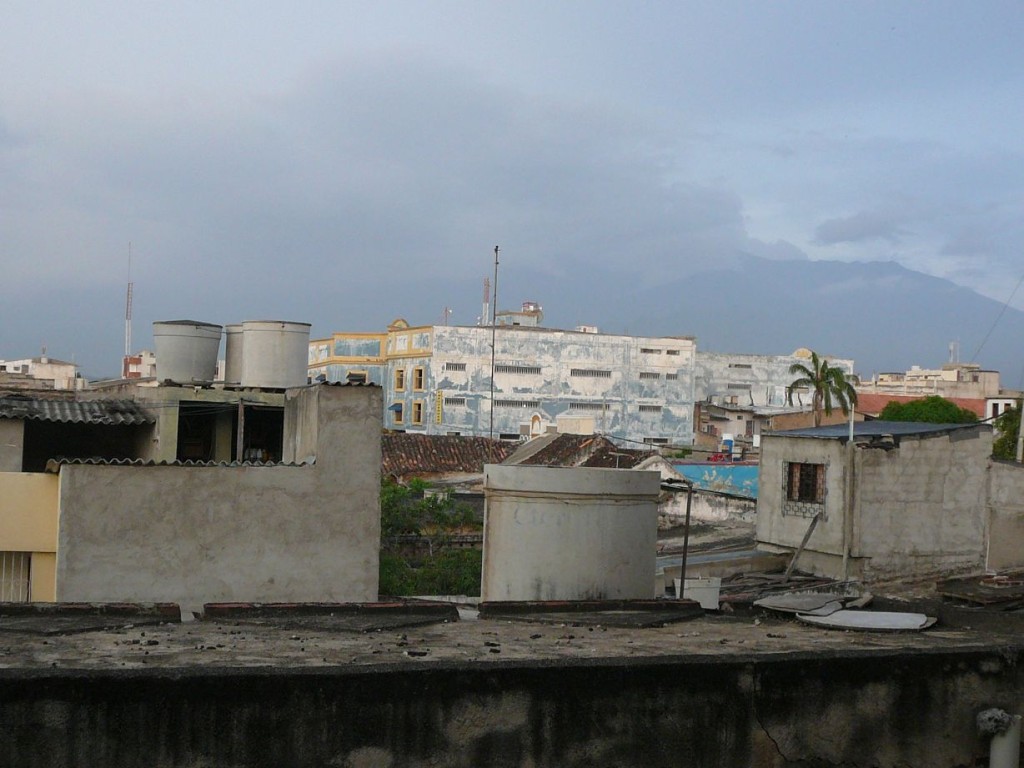 Over the roofs in Santa Marta

In the centre of Santa Marta, I met Nancy Estella, who had taken a week of vacations from her work and studies in Pereira, to pass with her a wonderful time discovering scruffy corners of the town, hiking in the Tayrona National Park and enjoying the village Minca on the foothills of the Sierra Nevada, the highest coastal mountain of the world.
The first day after our happy encounter was all occupied with preparations, namely searching a large cartonboard box to pack the bicycle for the flight to Pasto a week later. Crossing in a torrential rain the dirty streets flooded up to 15cms by gray disgusting water from our hotel in the poor port area and asking a countless number of grumpy bike shop owners, we luckily enough found one in the central collection station on the periphery. 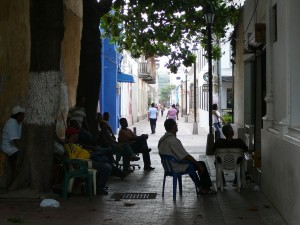 In the afternoon, we happened to encounter various groups of musicians performing the traditional vallenato on the central Parque Bolívar – a friendly experience which somehow reconciled us with the tiresome heat and the run-down appearance of the town center where frequently even the metal gully covers are stolen for some bugs leaving dangerous holes in the street. 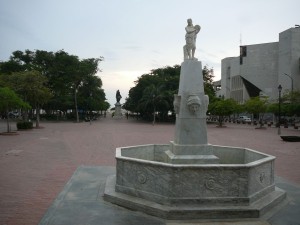 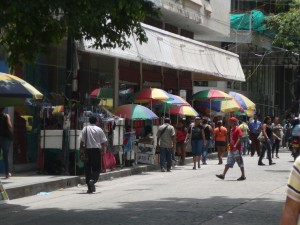